A Note from Chani on Venus Retrogradehoroscope aquarius

A Note from Chani on Venus Retrogradehoroscope aquarius 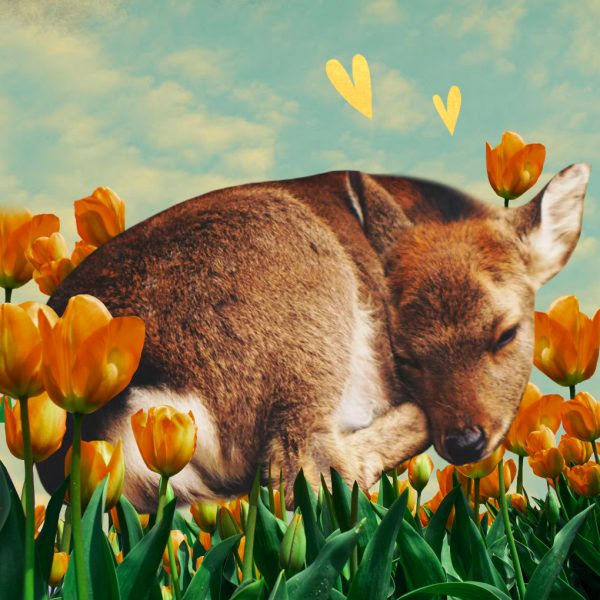 All parts of self want to be known

The first rumblings came from the shopkeeper with chipped black finger polish and a cute haircut. They were helping me with our holiday party cheese platter. It was just before Solstice, and I was brimming with seasonal cheer, poking around different options in the cornucopia of creamy delights. As they reached for the manchego to give me a sample, they looked at me ominously and said, “I think we’re headed into another lockdown.”

My heart sank. “You really think so?” I answered, my words drenched in denial.

The holidays were just beginning. Omicron was infiltrating, but we felt like we had a handle on things. We were vaxxed and boosted. We wore masks everywhere. We checked all the boxes.

About to gather with friends, we had oh so many holiday plans to look forward to. It’s rare that so many people are around at the end of the year, but this year was different. I was like a happy sheep dog, successfully gathering our herd, preparing to luxuriate in quality time together.

Then the text came.

One of our dearest tested positive. Two others felt run down and flu-ish. Friends from New York were in different stages of getting Omicron and healing from it. Plans were canceled. Despair descended. The world shrunk like a vacuum sealed bag around us once again.

No one home for the holidays.

At first, we buffered ourselves against the doom of these days by acting as merry elves, driving around the city, delivering chocolate truffles and trays of our promised and prized cheese plate to all our people. We stood outside in masks and the glow of street lights, trying to salvage the remnants of all that has been stolen from us these past few years: connection.

We should have been gathered around the table together, warmed by the ease of friendliness — those fires that keep the heart hearth alight. But, alas.

Surely it won’t be that bad, I thought.

It’s been worse. The fading promise of life returning struck me down. Just when we thought it was safe enough, everything was once again disrupted. Disoriented. Disjointed.

Now, as a professional (ahem) astrologer, I know that Venus retrograde signals a time of inner-world spelunking, a time to take things slow, a time to ponder the pleasures of life, a time for things to fall apart, a time to experience what separateness and togetherness mean — but as a mere helpless mortal, I was not ready for just how deep this portal would be.

Venus stationed retrograde on December 19th in a conjunction with Pluto. Deep, dark, and treacherous was the opening to this descent.

I woke up most mornings of this Venus retrograde to a chorus of characters within me, all vying for attention: thunderous in their discontent. Booming in their loneliness. Vigorous in their fear. Roaring in their worry. The problem was, most times I thought that they were me.

These aren’t new voices or feelings from within. They are ancient companions. When they come around, these aspects of myself do their best to immerse me in their swill, their unholy mikveh, so that like a fish I do not know the water that I swim in. So that by sheer osmosis I will see, feel, hear no other reality but theirs. Or at least this is what it feels like.

I am ashamed to say that more often than not, I fall for the gag. I forget that these parts of myself are just that. They are not the whole of me, and their take on the world is generally from a very young, terrified place. They are cunning survivalists. Clouds that cover my sky, but also distorted protectors that are just keeping me from harm. This Venus retrograde has been a crash course in reconnecting with them.

As a metaphor for these 40 days and 40 nights of Venus’s underworld journey, the 4000 year old myth of the descent of Inanna, an ancient Goddess and name for Venus, is a profound psychological mirror of our own underworld experiences. It’s worth a reread during these once-every-18-month reviews.

I’ve turned to it more than once over the past few weeks, hoping its maps would help orient me.

From the Great Above she opened her ear to the Great Below.

From the Great Above the goddess opened her ear to the Great Below.

From the Great Above Inanna opened her ear to the Great Below.

The cacophony of her fearsome, wrathful, envious, ravenous sister, Ereshkigal, the Queen of the Underworld, calls Inanna. It is Ereshkigal’s moaning that the Goddess opens her ear to, and she obliges this summoning.

Before she journeys to the underworld however, Inanna sets a backup plan in motion. No one is allowed to visit the underworld and return — there is no round trip ticket here. Knowing this, Inanna tells her trusted helper, Ninshubur, to keep watch for her. If she doesn’t return, he must petition the gods to help her come back from the dead, and he must not relent until she’s found help.

On her descent, she has to pass through seven gates (we can assume they represent the seven planetary bodies of the ancient world). Each time, she must strip an item of clothing, so that she eventually arrives before her sister naked. No charms. No amulets. No protections.

Ereshkigal wastes no time. She fixes the eye of death upon Inanna and “utters against her the cry of guilt.” She does what she knows how to do best — she kills her sister.

Inanna is turned into a corpse, hung on a meat hook, left to rot.

But this does not relieve Ereshkigal. She continues to moan in the underworld. She is not helped by her own defenses. She is not saved by her hostility. She too needs to be delivered from it.

We could think of Ereshkigal as the other half of the great Queen, Inanna. The self that has been discarded: the repository for unprocessed shame, the un-glorious self, the feral self, the scornful, lonely, unforgiving and betrayed self. The self that is also the keeper of secrets and so much power.

Luckily, above ground, Ninshubur knows to find help. Eventually, Enki, the God of Wisdom (and Inanna’s grandfather) grants it. He sends two beings down to rescue her, with strict instruction to echo the cries of Ereshkigal, who is moaning “with the cries of a woman about to give birth.” Giving birth to herself, we can assume.

The helpers find both sisters in the underworld. They tend to Ereshkigal immediately, as she’s in the throes of great suffering.

This call and response goes on to include her belly, back, heart, and liver, until she stops, stunned that her pain is being recognized. Has anyone ever even acknowledged her sorrow?

Relieved for being witnessed, and thus delivered from her pain, she asks these creatures that are echoing her woes, what she can offer them as thanks. She wants to give them a gift for their kindness. They ask for Inanna’s body, of course. They sprinkle the food and water of life on her, which Enki gave them before they set off, and Inanna is restored.

The Goddess is reborn. Actually, both Goddesses are. Inanna begins her ascent.

We can map this myth onto Venus’ own journey before, during, and after its retrograde. The planet is a gorgeous evening star as it stations retrograde. As Venus draws nearer to the Sun, it disappears from the sky (and enters the underworld, we imagine). Then it returns as a morning star when it stations direct.

The parts of self that have been given the worst jobs need help if they are to have their own rebirth. When we dignify them with an acknowledgment, we return them to their valuable state(as Richard Schwartz, the founder of Internal Family Systems, says).

What I’ve come to understand through this latest Venus retrograde is that all aspects of myself are restorable if I take a trip to visit them and acknowledge all they’ve tried to do to keep me from harm. All parts of myself want to be known. All my monsters really want is to be heroines. However, developing a relationship with my inner Ninshubur and God of wisdom — the Self that knows what to do when these other parts have overcome me — is key to not being consumed.

Attuning ourselves to our own mysterious alchemical transformations in order to understand, grapple with, and put to use our power is a must in the land of self-development. It’s that or be so enmeshed with these inner selves, these young fearful child selves, that we’re not capable of overcoming our own obstacles (usually ourselves). This dirty work of parsing out facts from fiction is how we eventually come to offer our most valuable gifts to the collective.

We don’t have to suffer for our art, but we can’t leave out the parts of ourselves that have.

This work is grueling. It’s repetitive. It demands rituals, in most cases. It required a pandemic for me, maybe for you too, to do the work at this level. A once in a lifetime opportunity to put our ear to the ground of our lives and tend to all that awaits us there: meat hooks and moaning ghosts in need of a grief doula, a helper, and a God of wisdom.

Venus stations direct on January 29th, at 12:46 am PT. This is a pivotal moment to be sure: a change of course and a signal of our own rebirth. In fact, it’s worth getting up before sunrise (for the early birds), or staying up (if you are a seasoned night owl) to see Venus as a morning star. For the next few days, this sky jewel is accompanied by the waning moon in the predawn sky. The duo are a delight to witness and an encouraging omen to meditate on as we emerge from this period.

As Venus stations direct, we may experience epiphanies about our ways of relating to ourselves and to each other. We may feel called to delve into our favorite artist’s body of work, or to reflect on the legacies of love and beauty that they left behind.

In fact, it’s as if this Venus retrograde took some of our treasured artists and ambassadors of love and justice with it: Virgil Abloh (he passed before Venus stationed retrograde, but it was in its pre-retrograde shadow), Joan Didion, Desmond Tutu, bell hooks, Betty White, Thich Nhat Hanh, Sidney Poitier, and Thierry Mugler, to name a few.

Venus will have to retrace its retrograde steps and cross paths with Pluto once more on March 3rd. It’s at this time that Venus will officially be cleared of its post-retrograde clean-up, meaning that we’ll be in new relationship territory come the beginning of March. From now until then, I hope we feel a little lighter amidst these complicated times, or at least a little more able to gather ourselves and let the wisest parts of our internal brood lead the way.

You can find and read your horoscopes for the current astrology here!