Summary: Peripheral and brain markers for fear differ in a hormone dependent manner between males and females.

A new study shows that markers of fear recall differ between men and women, but in a hormone-dependent manner.

Aberrant fear-memory processing in the brain is thought to underlie anxiety disorders, which affect hundreds of millions of people worldwide. The neurobiological mechanisms underlying these disorders remain poorly understood, but recent studies suggest that neural oscillations in the prefrontal cortex can reflect the strength of fear recall activity, providing a physiological measure.

Women suffer from anxiety disorders at twice the rate of men and indeed the literature shows that there are sex differences in fear recall behaviors, but this area of study has not been extended to neural oscillations. Additional studies suggest a modulatory role for the female sex hormone estradiol (E2) for fear recall and extinction recall.

The new study led by Ursula Stockhorst, PhD, at the University of Osnabrück, Germany, specifically shows that peripheral and brain markers of fear recall differ in a hormone-dependent manner between men and women.

The work appears in Biological Psychiatry: Cognitive Neuroscience and Neuroimaging.

Cameron Carter, MD, Editor of Biological Psychiatry: Cognitive Neuroscience and Neuroimaging, said of the work: “This study sheds light on the well-known differences between men and women in their vulnerability to anxiety disorders and shows that aspects of fear learning and extinction that contribute to vulnerability in women are related to differences in estrogen levels.”

The next day, subjects were shown all four photographs again, including the two that had been presented in the extinction phase and thus ready for extinction recall, and two of them without previous extinction – thus subject to fear recall.

During all presentations, the researchers measured skin conductance responses (SCR), a peripheral readout of fear expression, and brain oscillations measured by electroencephalography. 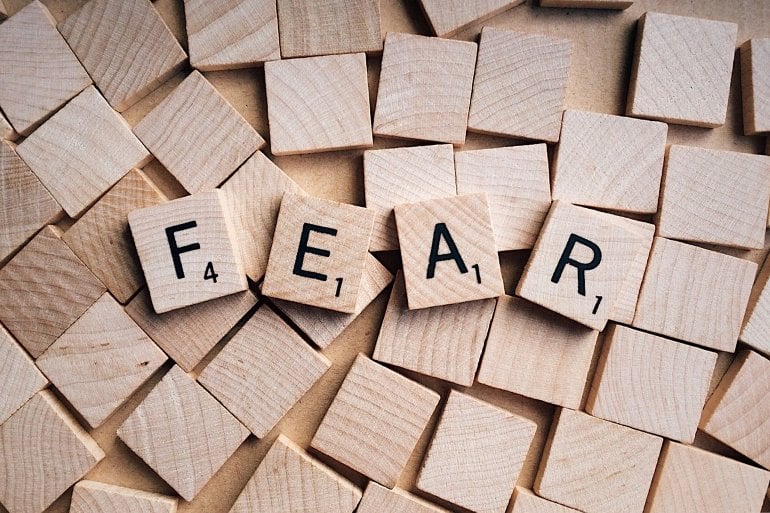 Additional studies suggest a modulatory role for the female sex hormone estradiol (E2) for fear recall and extinction recall. Image is in the public domain

Mr. Bierwirth said: “We found stronger peripheral fear expression (via SCR) during fear recall and extinction recall under low-E2 conditions, that is, in men and in OC women, compared to mid-cycle women with higher E2 levels. Most importantly, we also observed enhanced theta oscillations in the medial prefrontal cortex and especially in the dorsal anterior cingulate cortex (dACC), in men and OC women compared to MC women.”

Importantly, the authors also point out that subjects were examined during their natural E2 status. They were not randomized to experimentally manipulated estrogen levels and so causal inferences about estrogen cannot be drawn.

Fear recall-related dACC theta oscillations were attenuated in women with higher E2 levels, which, importantly, supports previous findings suggesting a protective role for E2 against fear overexpression during the recall of fear and extinction memories. The data demonstrate that peripheral and brain oscillatory correlates of fear memory recall do not differ between the sexes per se but vary with E2 status, even among women.