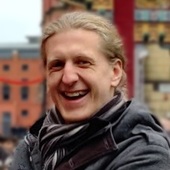 John Dixon does not work for, consult, own shares in or receive funding from any company or organisation that would benefit from this article, and has disclosed no relevant affiliations beyond their academic appointment.

University of Hull provides funding as a member of The Conversation UK.

There’s no question about it. Wordle, the simple English-language word game created by software engineer Josh Wardle, is a viral hit.

If you’ve tried Wordle, there’s a good chance that, like me, you’re hooked. Since the game quietly hit the internet in October 2021, the number of people playing has grown exponentially: from some 90 players in November 2021, to 300,000 at the start of January, to more than 3 million today. As you can see in the graph below, the number of people looking up Wordle on Google has increased rapidly over the past month.

The objective is to guess a five-letter word. Players get six tries, and on each attempt receive feedback indicating which letters are in the correct spot (green), in the word but in the wrong spot (yellow), or not in the word at all (grey). With these coloured prompts, most words can be determined in fewer than six guesses. There’s a new word to guess every day.

A number of computer experts have now managed to hack Wordle – meaning they’ve been able to access the complete catalogue of upcoming solutions embedded in the game’s code.

This probably doesn’t sound like good news, particularly if you’re a Wordle fanatic and don’t want your fun spoiled. But actually, it shouldn’t really matter.

So, how has Wordle become such a viral hit? What makes it so uniquely addictive? And why is the fact that it’s been hacked unlikely to detract from our enjoyment of the game?

Read more: The Wordle craze: Why do we love puzzles, and are they good for our brains?

The games market is crowded and fierce. Most games, of course, seek to make money. Asking players to pay for a digital game outright risks low uptake, so many games are offered for free, with revenue coming from advertising and in-game purchases. Waning player interest results in diminishing revenue so there’s significant focus on techniques to increase time spent playing and keep players coming back.

These techniques typically target the brain’s reward centres, flooding the amygdala and hippocampus with dopamine, which generates feelings of happiness and a desire to keep playing. By hijacking primal tendencies such as competitiveness, excitement (or stress) and achievement, game and app developers can stimulate a craving for more.

Wordle, however, was not created for financial gain (Wardle actually developed the game as a gift for his partner). And presumably, little attention was paid to making it addictive. But the game clearly does have a certain draw.

As a player enters each guess, they learn more information. This provides a sense of gradual achievement, which is heightened if there’s a feeling of having improved or applied skill. The positive feelings associated with the achievement peak with the accomplishment of deciphering the word correctly.

In terms of excitement (or stress), the game is limited to one word per day, which gives both a time limit for completing the puzzle, and anticipation for the next word. As the game records your streak of words guessed correctly, if a day is missed there’s also the minor punishment since you lose the winning streak.

These mechanics, however, don’t explain why the game has so suddenly become a viral sensation. In a large part, this is down to Elizabeth S, an early Wordle player from New Zealand who began to tweet her results as a sequence of coloured square emojis (therefore avoiding spoiling the solutions).

This prompted Wardle to create a “share” button once you solve the puzzle, allowing players to show how well they did by tweeting a pattern of coloured tiles. This drives competitive reward-seeking among players – and acts as free advertising.

Software developers like to poke around in others’ work, so it was only a matter of time until someone spilled the beans: the Wordle word list is included in the source code that displays the game on your device.

If you open the developer console on any modern computer browser (often by pressing F12, or by selecting the relevant option from a drop-down menu) you can inspect the code that tells your computer how to present the website to you.

This is because the entire game runs in your browser, rather than on a remote server. So anyone who knows where to look can find the word for today or a future date. You can even play a future word by changing the date on your device.

This screenshot shows the first words on the list. Wordle, Author provided

Some people have taken advantage of this. Some players may play words ahead of their intended release and, of course, some will likely use the word list to cheat. A short-lived Twitter bot was set up to automatically spoil the following day’s word as a reply whenever someone tweeted their score.

What can we learn from this?

Those who create software should take note that code running on the user’s machine is inherently unsafe. Consider online purchases: if payments were processed on the user’s computer, it would be possible to falsify a successful transaction. So close attention should be paid to where code runs.

In hindsight, maybe Wardle would have chosen a different architecture for the game. But perhaps it really doesn’t matter. In my view, cheating on Wordle doesn’t carry much appeal.

Cheating inherently stimulates the brain’s reward centres less than using skill. Cheaters lose out on achievement and excitement rewards for the “cultural capital” gained through competitiveness. But the culture around Wordle seems to be more of decency and fun for the sake of having fun.

The game is providing pleasure to a huge number of daily players. The opportunity to share that pleasure and engage in a collective experience is, especially at a time when people are in need of some optimism, a great thing.

So is Wordle broken? Probably not. Long live Wordle, I say. Or at least until word 2,314 – the last in the word list.