Hello tarot lovers, learners, cynics and people who clicked here by accident! If you’re especially observant you may have noticed that our fortnightly Tarot School column mysteriously skipped an issue recently. The reason is… well, um, err… I forgot to write it. Because I was getting a civil partnership and having the kind of honeymoon which involves leaving your home of ten years and moving the two canal boats on which you and your partner and a dog and two cats live from the country to the city in a kind of brilliant exhausting boot-camp style. No biggie.

Anyway enough about my strange life, let’s just crack on with learning things about tarot! This time around I want to talk about the ‘people’ of the tarot – the pages, knights, kings and queens that make up the tarot’s ‘court’. These sixteen court cards are notoriously tricky to interpret, with beginners and seasoned readers alike often struggling to understand their meaning in tarot readings. 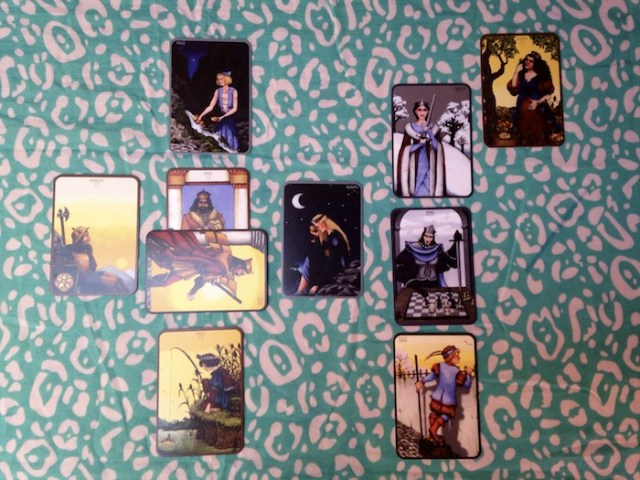 Cards are from the Anna K Tarot

It’s often said that court cards represent actual people in the querent’s life – family members, friends, colleagues, or perhaps strangers yet-to-be met. I often find this to be true, but this can make these cards all the more difficult to read, as you try to ‘fit’ the card to a person you can think of. Personally, I find that these cards are more likely point to an aspect of a person (often the querent themselves) such as a way they’re responding to a situation, or an energy they’re bringing to a relationship.

Many books (including, sadly, my beloved Wild Unknown Tarot Guidebook) set out to physically describe the people these cards represent. For example, some books and websites actually suggest the hair colour and skin tone of the person each court card is pointing to. 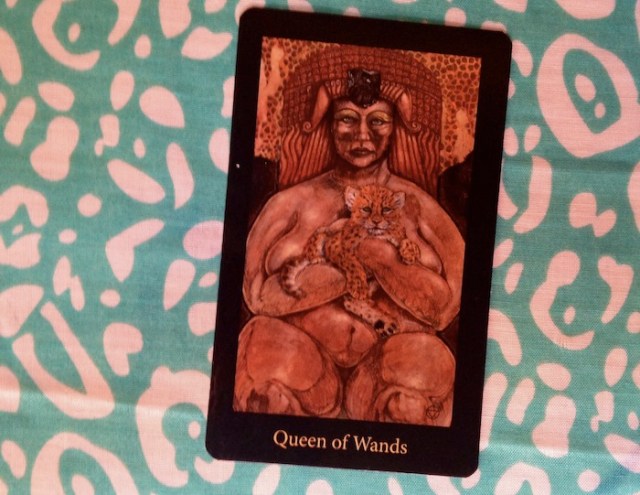 I wish Aunt Bess would stay out of my romance readings.

Whilst occasionally a card might look so damn similar to someone you know that it seems obvious that it’s them, in general I find this approach incredibly reductionist and completely unhelpful in reading the cards. To me, an important thing to understand about court cards is that, although they are the ‘characters’ of the tarot, they don’t represent full, rounded, complete people, and therefore can’t be described as quoted above. It’s more that they are dimensions of a person’s character.

So what ‘dimensions’ am I talking about? The way I see it is that the four court cards represent four separate life stages — four degrees of maturity in handling the powers of their suit. Roughly speaking I assign these degrees of maturity as follows.

Also, if you’re unsure of the four suits in tarot and what they represent, here’s a short guide I wrote for Autostraddle a while back.

As the ‘child’ of the tarot, this is someone who is just ‘discovering’ their suit, who is open to new experiences, who’s mind or heart is not made up, who is eager to learn and develop, who is at the start of something. So for example, the Page of Cups is someone who is going into the world openheartedly, ready to love or find new ways of loving, eager to develop emotionally. 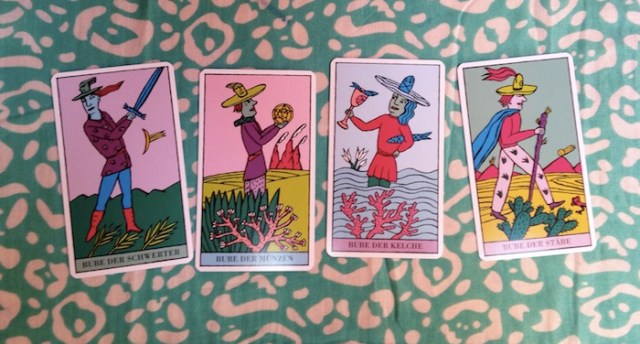 Pages, from the Kitty Kahane Tarot

Like a super-confident teenager, this is someone who kinda thinks they know it all when it comes to their suit, who goes at stuff in a totally gung-ho way, fixed on their mission without the maturity yet to see all sides of their situation. So the Knight of Pentacles works tirelessly on a single task — because it’s like *the most important thing ever* — and the Knight of Swords dashes off heroically to seek justice on the strength of just one side of the story.

Because they are so black and white about things, the knights carry a sense of duality. On the one hand a single-minded approach can be damaging, but at other times it that passionate teenage-type energy might be just what a situation needs. I really love Joan Bunning’s writing about the knights. On learntarot.com when describing each of the four knights she asks “is this card’s energy helping or hindering?”

Knights, from the Wildwood Tarot

This person has ‘mastered’ their suit and knows how to use it in an external way to advance themselves and strengthen their position in the community. They use their powers to influence others and get what they need. So the King of Pentacles could be a sound businesswoman who donates to worthy causes, the King of Wands might be a motivational speaker or head of some project everyone wants to be part of. 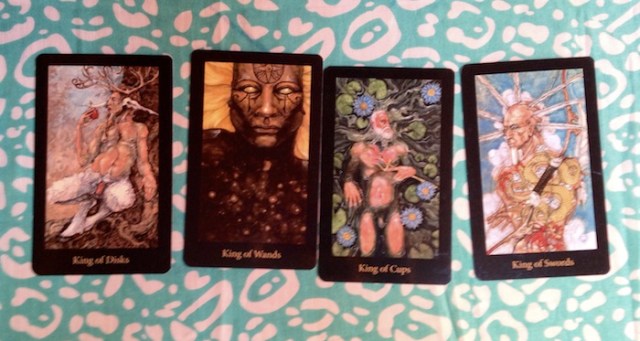 Kings, from the Mary-el Tarot

This person is more mature still, having a deeper understanding of their suit and how it works within themselves. They know how to use their powers creatively to develop as people, and how to share this with others. They are able to exude the power of their suit, helping others to enjoy and develop that element of themselves, too. The Queen of Cups might be an musician whose songs are a powerful expression of his own heart, but when other people listen, they find that they recognise their own feelings there too. 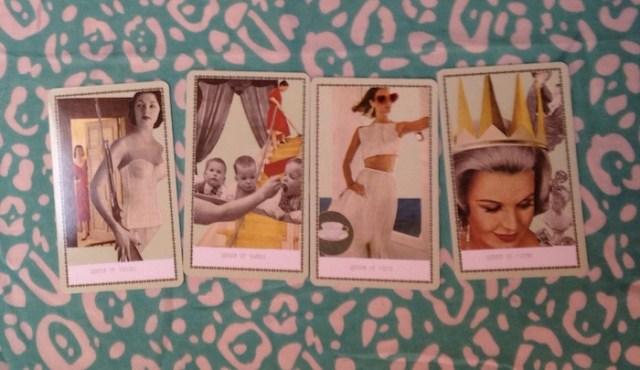 The Collective Tarot has a great take on this, referring to pages, knights, queens and kings as seeker, apprentice, artist and mentor respectively. This is a really helpful way to think about the court cards in whatever deck you happen to be using – each of these roles describes a different level of maturity/ability when it comes to accessing and using the card’s suit.

So how to read these cards in an actual tarot reading?

Depending on position, context or the question asked, here are a few ways I might interpret court cards in a reading:

What the querent is bringing to the situation, or how they are responding to itWhat someone else is bringing / how they are respondingThe type of energy the situation needs, an attitude to adoptA recognisable person in the querent’s lifeAn ‘ideal person,’ a type of person the querent longs forAn influencing energy, not necessarily from a person but perhaps from a structure or institution (e.g. King of Pentacles — strict rules at work)

A fun way to get more familiar with the court cards is to think of them as people. One-dimensional people, yes, but people you can play with, make up stories about, play Barbie and Ken with. Try matching them to your friends — that can be pretty fun! As in ‘OMG she’s being *such* an aloof King of Swords right now!’ Or try associating them with celebrities or politicians. On my own tarot blog, I wrote about matchmaking with the court cards, and I also made up a silly soap opera based on those sixteen characters. 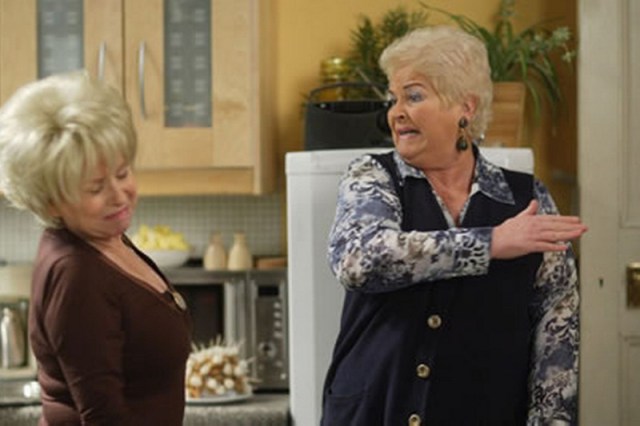 Lastly, if you’re really interested in court cards, Scottish tarot reader Alison Cross writes a blog exclusively about them called This Game of Thrones. It’s lighthearted and practical and a good read to help you get to know the ‘characters’ of the court.

Got a favourite court card? Ever dated an obsessive Knight of Cups or a damaged Queen of Swords? Which court card best represents you… and just how do you feel about that? Share your ideas with us in the comments!