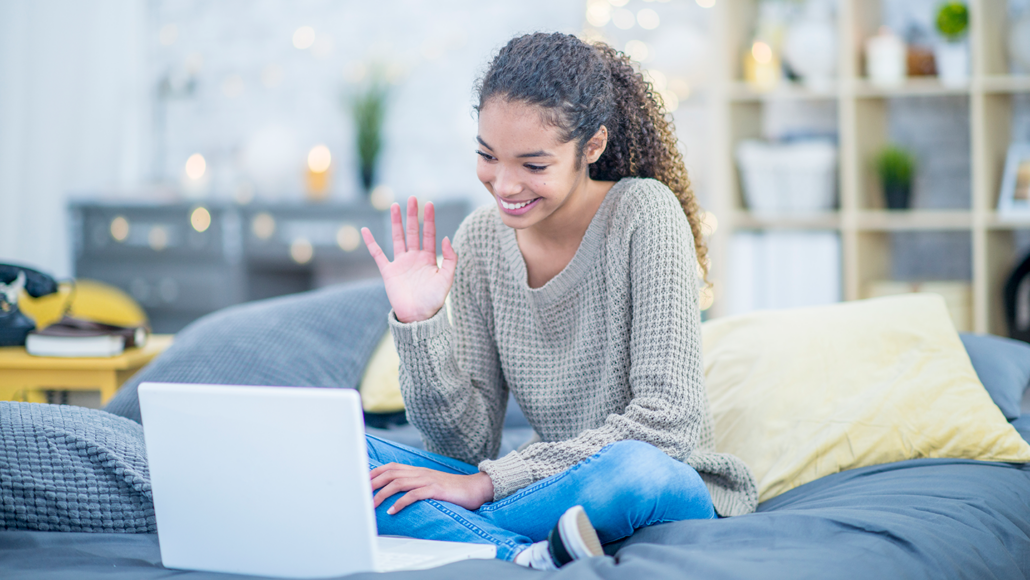 Staying connected with friends over video chat and other media can make physical isolation during the pandemic and other situations less lonely and stressful, new data show.

As the pandemic drags on, it has started to take a real toll on mental health, especially for teens. Cut off from their social lives, teens have been struggling, new studies find. But maintaining connections with peers helps, some of the new data show. The trick, scientists conclude, is that when people are keeping their physical distance, they should continue to connect socially. Think of it as social undistancing.

See all our coverage of the coronavirus outbreak

People are social animals. We need interaction with others on a regular basis. When this doesn’t happen, we can feel isolated. Loneliness has major impacts on health. The same as smoking 15 cigarettes a day, by one estimate.

Since the COVID-19 pandemic hit, there has been a global move to have people keep their distance from others. This has come to be known as social distancing.

Social-distancing rules at times have forced people to stay home in some cities, states and even entire nations. Time away from friends can affect sleep, diet and overall levels of well-being. That’s the finding of a November 1 study by Sithum Munasinghe and Andrew Page. Both are epidemiologists — essentially disease detectives. They work at the Translational Health Research Institute. It’s in Penrith, Australia, a suburb of Sydney.

A year earlier, before the pandemic emerged, their team decided to investigate things that affect adolescent health and well-being. To do this, they recruited 582 teens living in Sydney. They asked the kids to answer questions using a smartphone app. This survey asked about diet, social-media use and physical activity. It also asked about their well-being. This included any mental stress or anxiety. The app even recorded movement and when the screen was active. These data helped the team more accurately measure screen time and how much each student had been moving around.

Explainer: What is anxiety?

Midway through the study, the coronavirus outbreak hit. On March 31, Sydney went on lockdown. The team could now also investigate the effects of social distancing. And several new patterns quickly emerged. The teens became much less active. They spent more time on screens. They were much more likely to spend time alone than they had before the quarantine. They also were less happy.

The team shared its findings in the Journal of Adolescent Health.

Staying connected with peers, family members and others was already known to boost well-being, Munasinghe says. So it should come as little surprise, he says, that in these teens “social isolation is likely to affect psychological well-being and normal functioning.” 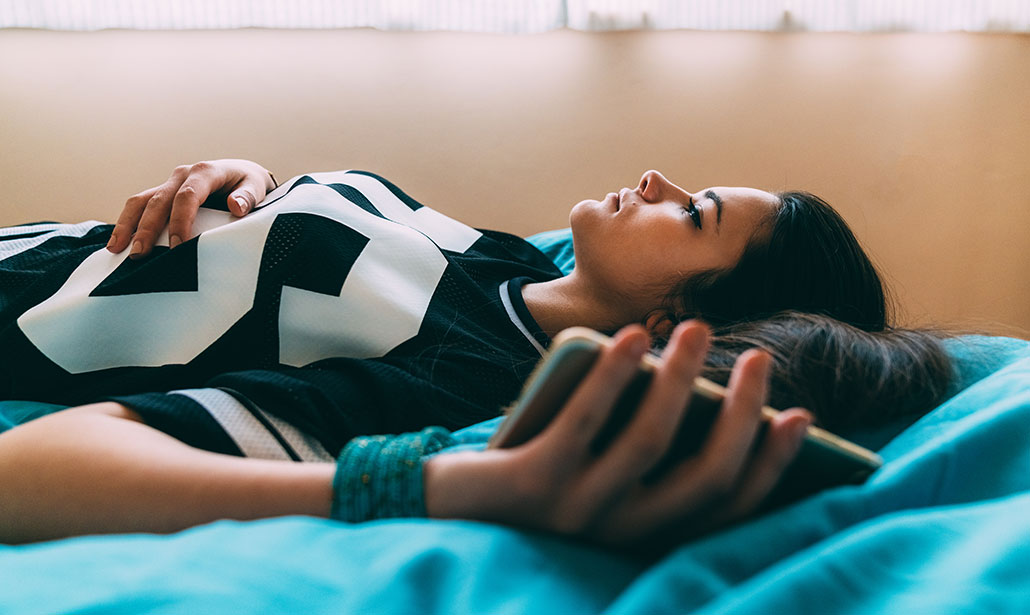 Teens struggle with isolation during the pandemic. Even sharing what feels off or makes them sad can help teens bond during a time of crisis.martin-dm/E+/Getty ImagesThe power of staying close — from a distance

Teens are particularly susceptible to depression — feelings of sadness, worthlessness and lack of interest. That’s in part because teen brains are changing rapidly. When isolation causes a drop in well-being, depression can become a serious concern. That’s especially true for people who have been part of a tightly knit group that suddenly unravels.

Scott Graupensperger is a prevention researcher at the University of Washington in Seattle. His team wondered how students were doing during the pandemic. The researchers also wanted to know if strong group connections were helping students cope. To find out, they worked with 234 athletes enrolled at a variety of U.S. colleges. They chose athletes because sports teams tend to form strong social groups. Teammates often provide support for each other.

Each recruit answered questions as part of an online survey. When the study launched in February, college campuses were open. Participants could hang out with teammates in person. But in March, the schools shut down, forcing the athletes to leave campus. Graupensperger’s team followed up with these participants one month later with a new survey. Of the original group, 135 completed this one too. 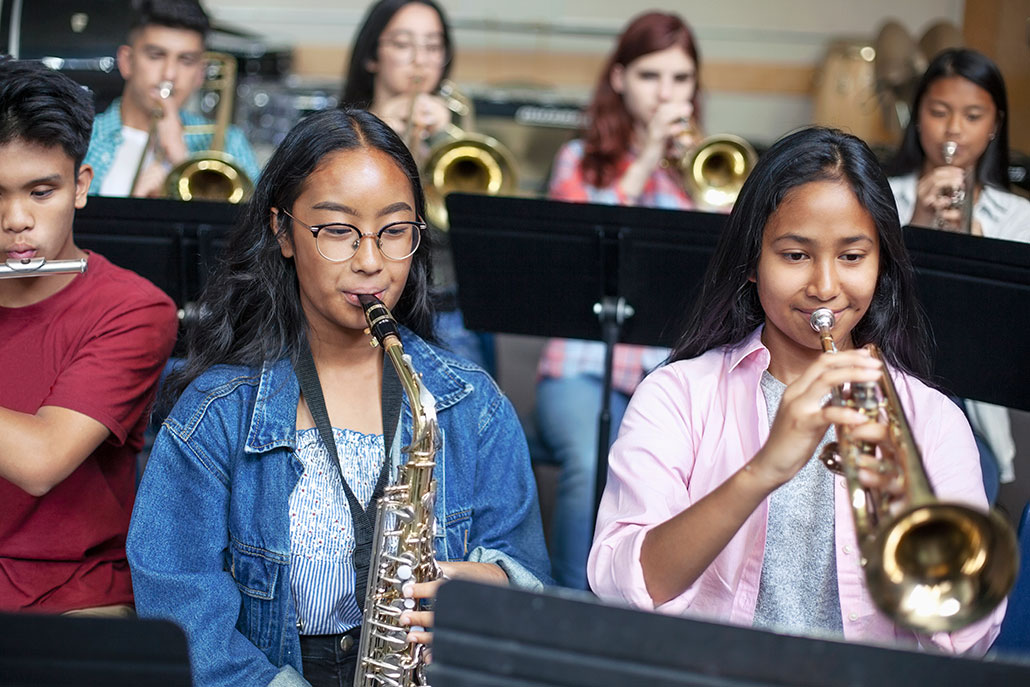 Even before the pandemic, a sense of community within school bands and other groups gave many teens a greater sense of well-being. During periods of physical isolation, remaining connected to others in such a social group can be helpful, experts now argue.FangXiaNuo/iStock/Getty Images Plus

Many reported they were staying connected to teammates, even from afar. Some texted or called each other. Most used group chat, social media and group video chats to stay bonded. These students reported low levels of depression symptoms.

Others felt their team connections had slipped, however. They interacted with fewer teammates. Or their interactions were less frequent or less supportive. These students were more likely to report symptoms of depression.

Graupensperger and his colleagues reported their findings November 1, also in the Journal of Adolescent Health.

Group memberships can be a positive part of our lives, Graupensperger says. And it’s important to maintain them “even when in-person social connections are much more limited.” That’s probably true for non-athletes and younger teens, as well, he notes. Team social interactions “resemble a number of interactive social groups found [throughout] our daily lives.”

The need to stay connected 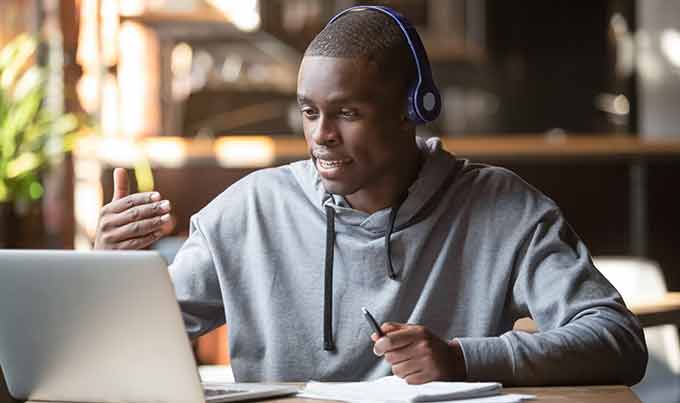 Regularly connecting online with mentors also can give kids a sense of perspective, connection and self-worth during periods of physical isolation.fizkes/iStock/Getty Images

Eva Oberle’s research suggests that Graupensperger is right. She works at the University of British Columbia. It’s in Vancouver, Canada. “It’s more than just playing a sport,” this developmental psychologist finds. Or being part of some other extracurricular group. “It’s about connecting with peers or connecting with a mentor.”

In a November 2019 study, her team showed that kids who became active in extracurricular activities felt a greater sense of well-being. That was especially true for group activities, such as sports or playing in a school band. “Those kids reported a higher sense of peer belonging,” Oberle says. And it’s that sense of connection and belonging that helps them through tough times.

More recently, she surveyed more than 28,000 teens in Canada. Her team found that those who took part in activities outside of school have better mental health. But spending more than two hours a day on screens harms mental health. That proved especially true for girls. And it even held for students who participate in extracurricular activities. Her team shared its findings in the December 2020 Preventive Medicine. 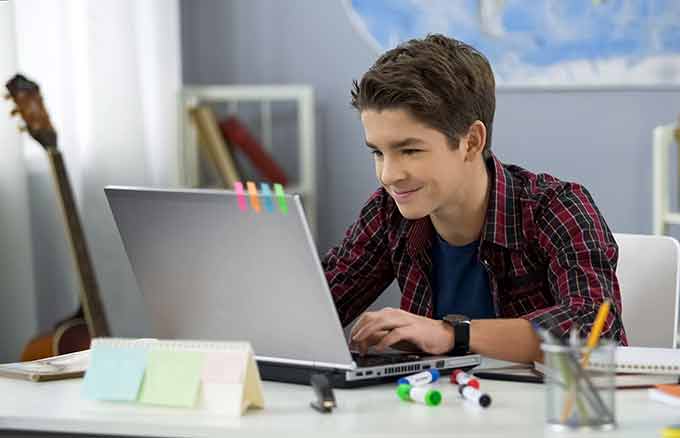 In the best of times, too much screen use may not be good for mental health, a new study finds. But boys appeared to fare better. That may reflect what they choose to do on their screens, such as playing online games with friends.Motortion/iStock/Getty Images Plus

It may come down to what teens do with their screen time. Boys tend to play online games. This may be an opportunity for them to connect socially with friends. Girls, in contrast, tend to spend more of their time on social media. They may focus on whether their posts get enough “likes,” Oberle says, which can be stressful. But having in-person friends can overcome anxiety triggered by social-media, she says. Connecting with friends through texts or video chat can also boost mental health.

“Finding ways to stay in touch with and be supportive of those in our various social circles” is important, Graupensperger says. It may help limit the mental-health risks associated with increased loneliness and isolation, he says.

“It is unfortunate that the term being used initially in the pandemic is social distancing,” says Ann Murphy. She is a mental-health professional at Rutgers University in Scotch Plains, N.J. “We don’t actually want people to social distance,” she says. “We want them to physically distance but stay socially connected.” 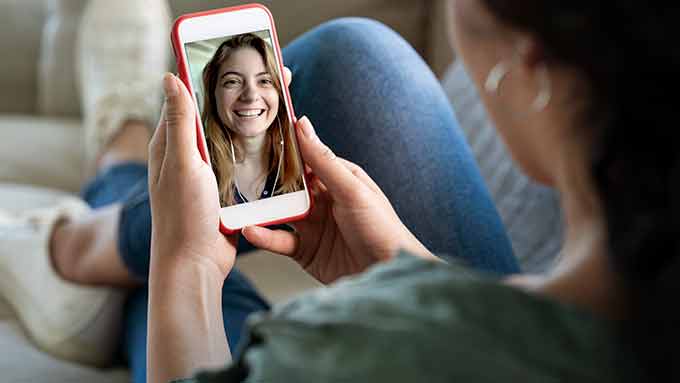 When you can’t meet up in person, teens can still connect face-to-face and laugh together in other ways. Doing so frequently provides a big boost to mental health and well-being, studies are finding.seb-ra/iStock/Getty Images Plus

How can teens do that? “You can play virtual games,” Murphy says, using apps or on video chat. Or plan virtual meals together and hang out via video chat while you eat. “It’s important to try to have some fun and laugh, despite all the challenges going on right now.”

Beyond simply connecting, it’s important to “think about ways to make these connections more meaningful,” Murphy points out. “If you’re having a hard time, connect with a friend who you trust and can confide in.” She finds that some teens are afraid they’ll burden their friends if they talk about their problems. In fact, she says, “This is actually the opposite of how it usually works.” When you share how you’re feeling, it gives your friend a chance to share their feelings — and feel good about helping you.

“If you are feeling very lonely, worried, sad or angry, you may also want to think about seeking out mental-health services,” Murphy adds. Many telehealth services exist that you can access safely, she points out. Talking with someone can help you cope and find strategies for how to un-distance and just generally feel better.