Unrelenting killing of Coptic Christians intensifies debate over martyrdomtoday chinese zodiac’We need to stop viewing this harassment toward us with pride and saying terrorism gives us a chance to play the same role our ancestors did like in those Sunday school stories about the torture of martyrs,’ said Bassem Al-Janoubie, an Egyptian Coptic Christian. 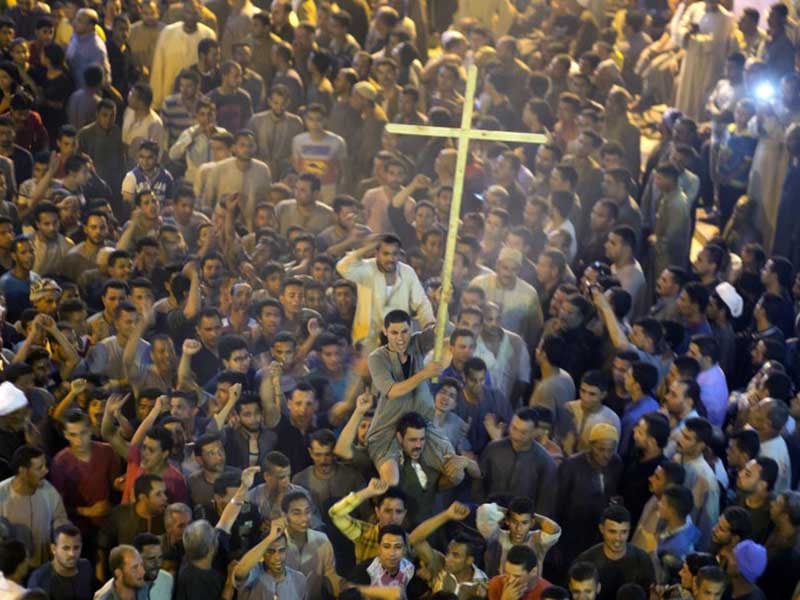 In this May 26, 2017 file photo, Coptic Christians shout slogans after the funeral service of some of the victims of a bus attack, at Abu Garnous Cathedral in Minya, Egypt. Amr Nabil/AP October 13, 2017 By guest ShareTweetShare

CAIRO (RNS) – As a little boy in Sunday school, Bassem Al-Janoubie was fascinated by the illustrated stories about the martyrs of Egypt’s Coptic Church.

“Even more than cartoon comic books, the dramatic events and details of the ordeal of each saint held my attention,” remembers the now-40-year-old graphic designer. “They were like superheroes – not accepting attempts to change their beliefs or efforts to get them to deny their Christianity despite torture and even death.”

The 2,000-year-old Coptic Church of Egypt has a long tradition of hallowing those who died affirming their faith in the face of violence.

But the group that calls itself the Islamic State has launched waves of attacks on the Coptic community in recent years – claiming at least 70 lives and wounding scores of others – an unrelenting assault that has opened a debate in the community about martyrdom.

The issue has been most recently punctuated by the deadly knifing of a Coptic priest in a poor Cairo neighborhood Thursday (Oct. 12). A suspect was arrested but his motive is still unknown.

Recently, another Coptic priest — the well-known Rev. Boules George from the well-heeled Cairo suburb of Heliopolis — took to the television airwaves to “thank” the Islamic State terrorists who launched the Palm Sunday church bombings that claimed 45 lives, saying they provided “a rocket” that delivered victims straight to heaven.

“Thank you very, very, very much,” George told the viewers of his program on Egypt’s Coptic TV channel just hours after the terror attacks. “You have given us the death of Christ himself, and this is the greatest honor that of any of us can attain.”

Many Copts rejected that assertion. “This death doctrine is terrifying,” said Jacqueline Ezzat, 21. “Jesus died for a cause and a purpose. Those who die in violence are lost to us for no reason. Father Boules’ doctrine is insidious. It’s like he wants us Christians to be zombies.”

The Islamic State intensified its insurgency in the Sinai Peninsula and targeted Copts, Coptic churches, police and military facilities in Egypt after the 2013 ousting of ex-President Mohammed Morsi, a member of the Muslim Brotherhood.

Glorifying a particularly bloody December attack on a Cairo church, the militants in February released a video declaring that Christians in Egypt were their new “favorite prey” and pledging to wage a “jihad” similar to that in Iraq and Syria, where tens of thousands of Christians have become refugees after fleeing the militants. 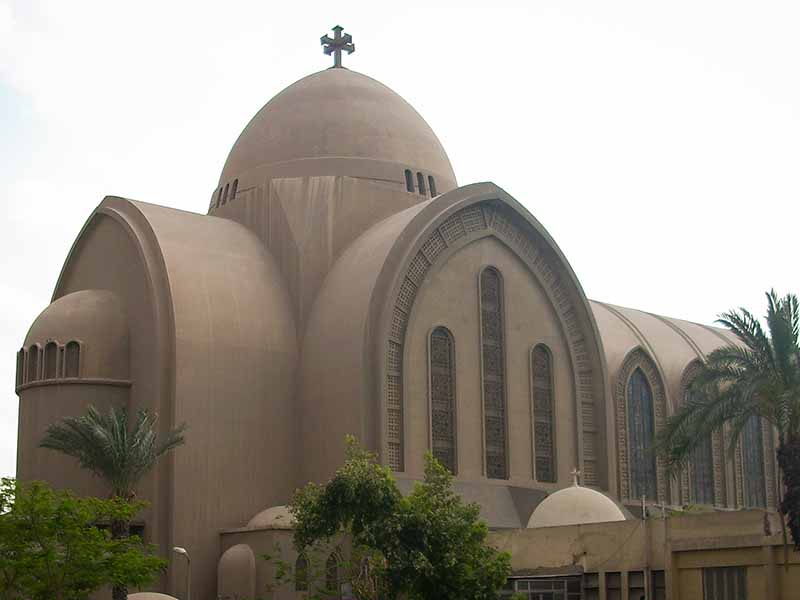 Comprising an estimated 10 percent of Egypt’s 90 million people, the Coptic Church is the largest Christian denomination in the Middle East and North Africa.

“We are Egyptian citizens as well as Christians,” said Al-Janoubie. “We need to stop viewing this harassment toward us with pride and saying terrorism gives us a chance to play the same role our ancestors did like in those Sunday school stories about the torture of martyrs.”

Coptic leader Pope Tawadros II, however, has publicly supported the idea that the church derives strength from these deaths of the faithful.

“The blood of our martyrs, the tearful prayers of our monks, and the sweat of all those who serve the church is the source of our spiritual power,” said Tawadros in a Sept. 13 message to the faithful.

Some in the hierarchy of the Coptic Church say martyrdom is widely misunderstood.

“It is true that we love martyrdom, but we also love life,” said Bishop Raphael, the No. 2 man in the Coptic curia. “We do not hate life on earth, because our Lord created us to live in it, not to die.”

This summer, Raphael implemented an Egyptian Interior Ministry directive to suspend church events in difficult-to-secure locations in order to minimize exposure to new attacks. “The fact that we receive death with a spiritual philosophy does not mean that our blood is cheap,” said the bishop.

Still, Raphael is calling for erecting a new church dedicated to the 28 martyrs of a jihadist attack in May that occurred on a desert road between the Egyptian city of Minya and the monastery of Samuel the Confessor — a sixth-century saint tortured at the hands of a rival Byzantine Christian sect.

It’s hard to argue against martyrdom for the 28 people who died in the attack, some community members say. Survivors said their assailants ordered them to fast because it was the Islamic holy month of Ramadan, killed their husbands and brothers, and ordered them to convert to Islam.

“After spraying us with gunfire and taking our jewelry, they ordered the women and children who were still alive to recite a testimony to convert to Islam,” said Hanan Adel, a 28-year-old survivor.

Those horror stories don’t inspire all Copts to embrace martyrdom.

“Coptic suffering as a minority has been compounded by the increasing pressure of economic problems facing all Egyptians,” said Gally, 40. “People are doubting the purpose of losing life to no avail and the promises of eternal life.”