Most perfume ads suggest that the right scent can make you sexy, alluring and successful. A blend by Black Phoenix Alchemy Labs, meanwhile, offers to make you smell like Hecate, the three-faced Greek goddess of witchcraft.

As a classics scholar who studies both magic and the senses in the ancient world, this idea of a witch-inspired perfume fascinates me – and “Hecate” is just one of many magic-inspired fragrances available today.

Smells are impossible to see or touch, yet they affect us emotionally and even physically. That’s similar to how many people think of magic, and cultures around the world have connected the two. My current research is focused on how magic and scent were linked in ancient Rome and Greece, ideas that continue to shape views of witches in the West today.

Greeks and Romans of all walks of life believed in magic and used spells ranging from curses to healing magic and garden charms. Magical handbooks from the time show that Greco-Egyptian magicians used fragrance extensively in their rituals, even scented inks, and doctors believed strong-smelling plant species to be more medically effective than others. The gods themselves were thought to smell sweet, and places they touched retained a pleasant odor, making scent a sign of contact with the divine.

Professional magicians in the ancient world claimed they could curse enemies, summon gods, heal the sick, raise ghosts, tell the future and accomplish various other miraculous feats. Surviving descriptions suggest that a majority of them were men, although certainly not all.

When it comes to Greek and Roman fiction, however, most magicians are women.

Witches in ancient literature use smells even more aggressively than their real-life counterparts did. Medea, for example – the most famous witch of antiquity – casts magic through scent repeatedly in Apollonius’ epic poem “Argonautica,” about the hero Jason’s quest for the Golden Fleece. To help him, Medea puts the dragon guarding the fleece to sleep by chanting spells and drizzling herbal potions in its eyes. The odor of her herbal concoctions finally overcomes the monster. 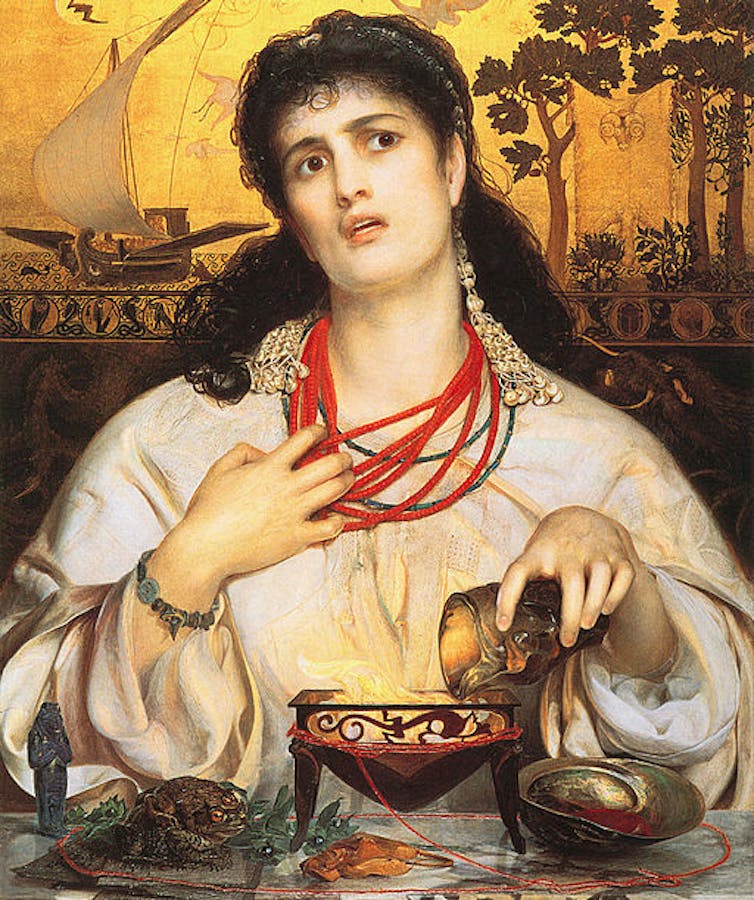 Later in the poem, more ominously, Medea scatters herbs into the wind, and their scent lures her own brother into an ambush. Medea has run off with Jason by this point, and he kills her brother to prevent her from being forced to return home.

The Roman poet Horace wrote several poems about a character named Canidia, who is a more horrific witch than Medea: Her teeth are black, and she uses her long fingernails to dig up graves.

In one poem, Canidia and her friends murder a child so they can use his liver and bone marrow in a magical perfume to re-enchant her lover, who has left her. In another poem, Horace even describes Canidia attacking him with scent. She made him ill with her odors, he writes, in return for his unflattering descriptions of her.

In the patriarchal societies of Rome and Greece, women were regarded with general suspicion, especially in matters of self-control like sex, money and drinking. Not only were women considered liable to weakness, but they were likely to lead men into self-indulgence as well.

Stories about magical scents encode these ideas, especially fears about the dangers of sexually alluring women. It was said that women who used perfumes and cosmetics could seduce men into behaving in ways they would not choose to if they were in their right minds. Roman writer Pliny the Elder commented that the best perfume was one that made all the men in the area forget what they were doing when a women wearing it walked by. The poet Ovid suggested that if you want to get rid of love, you should pay your girlfriend a surprise visit to catch her without her makeup – her “blended potions.”

Medea’s odoriferous potions and Canidia’s fragrant spells resemble ordinary women’s perfumes, but exaggerated to supernatural levels. The same misogynistic fear that women have the power to enchant men’s minds underlies both stories of witches and stories of ordinary seduction. In the “Iliad,” the goddess Hera distracts her husband, Zeus, from the Trojan War by seducing him. Her preparations include cleansing and perfuming herself with divinely fragrant ambrosia as well as borrowing a magical, lust-inducing belt from Aphrodite. Zeus falls asleep in Hera’s arms, unaware that a battle rages.

The association of fragrance and magic persisted long after the end of the Greek and Roman world. In C. S. Lewis’ 1953 novel “The Silver Chair,” for example, a witch appears who could be Medea’s cousin. She throws a green powder onto a fire to produce a “sweet and drowsy” scent, which makes the characters more and more confused.

These days, however, smelling like a witch has its attractions. Misogynistic stereotypes of seductive enchantresses and evil crones have been reclaimed as feminist symbols, and the modern proliferation of perfume blends named for witches, spells and potions suggests that many people find their associations empowering.

Modern perfumes evoking magical imagery are often presented with a feminist twist, reclaiming ancient stereotypes. Another scent from Black Phoenix Alchemy Lab, “Medea,” describes her as “the embodiment of ruthless power, indomitable will and furious vengeance.” Aether Arts Perfume’s “Circe” is based on Madeline Miller’s novel about the great witch of “The Odyssey” and describes her as “a woman of power and strength.” “Harry Potter” fans can find all sorts of Hermione-themed scented candles online.

Like costumes, perfumes offer a way to try on a persona for a little while. Maybe you want to feel like a powerful goddess, someone with a library full of magical tomes, or a seductive monster. But while costumes are obvious to other people, only the wearer knows what a perfume “means” – and perhaps that’s half the fun of smelling like Hecate.

[3 media outlets, 1 religion newsletter. Get stories from The Conversation, AP and RNS.] 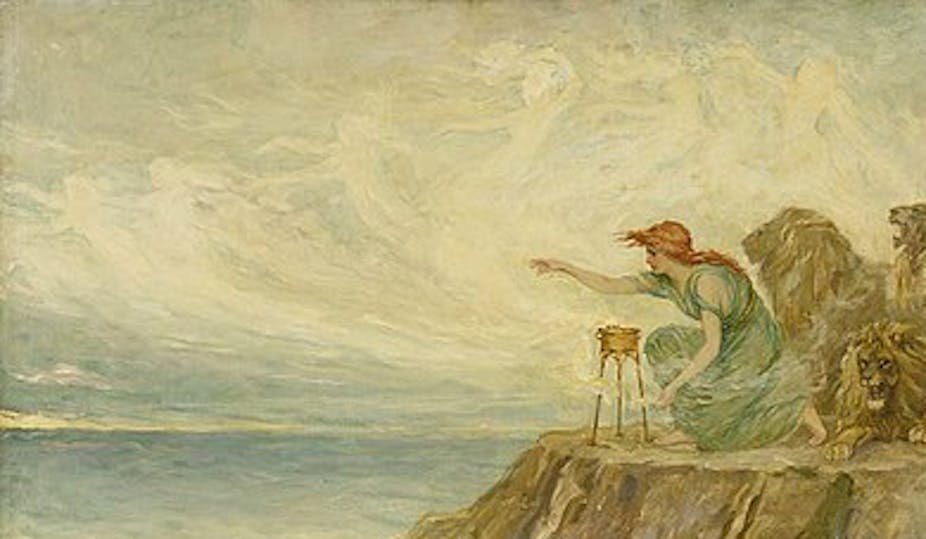