Middle East’s Samaritans link Muslims and Jewsaquarius paradigmEvery Samaritan has both a Hebrew name and an Arabic name, and Samaritans are fluent in both languages — but not fully accepted by either Muslims or Jews, community members say. 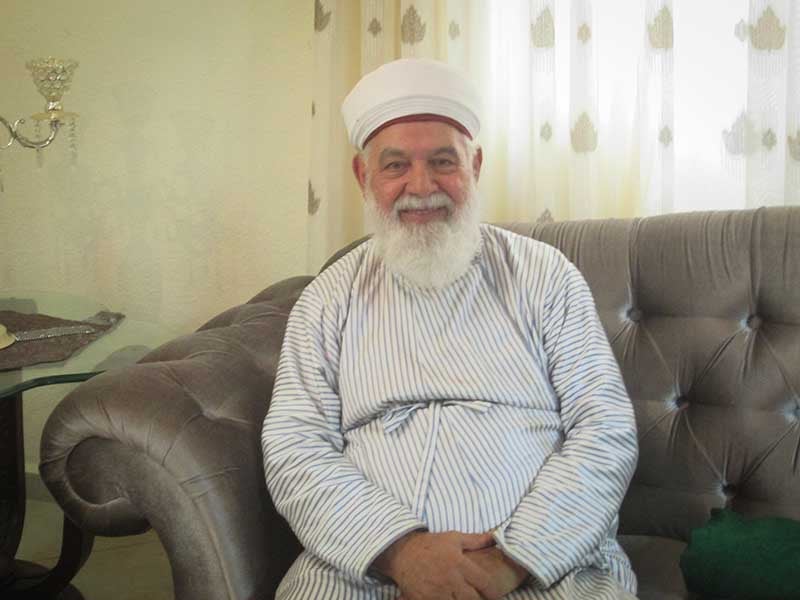 “Centuries ago we, like the Jews, built our sukkot outdoors, but now we build sukkot inside our homes, according to our tradition,” said Yousef Sadaka HaCohen, a priest and one of only 802 Samaritans in the world, referring to the temporary structures Jews and Samaritans eat and sometimes sleep in during the holiday. Photo by Michele Chabin October 17, 2017 By Lauren Markoe ShareTweetShare

Among those guests were several Israeli and Palestinian officials, who, on the rare occasions they get together these days, usually meet to coordinate security or air grievances.

“During our holidays, officials from the Palestinian Authority and Israeli commanders accept our invitation. They eat together, even laugh together. You would never know they are enemies,” HaCohen said with a sparkle in his eyes.

“We are not Jewish and we are not Muslim, but in many ways we are the bridge between the two.”

Once numbering more than 1 million people, the Samaritans, who share many ritual practices with Jews and whose willingness to help a stranger is praised by Jesus in the parable of the good Samaritan, are now one of the smallest religious groups in the world.

Although their numbers are small — there are only 802 in the entire world — the Samaritans say they are hopeful for the future. Thanks to genetic testing and, yes, mail-order brides, the community is growing.

Today’s Samaritans live in two groups, separated not only by geography but culture. About 350 live under Palestinian rule on Mount Gerizim, the biblical mountain where, they say, Abraham prepared to sacrifice his son Isaac. The other group took root near Tel Aviv decades ago, after war prevented Samaritans working in Israel from returning to their West Bank homes.

They meet several times a year, especially during holidays.

Every Samaritan has both a Hebrew name and an Arabic name, and Samaritans are fluent in both languages — but not fully accepted by either Muslims or Jews, community members say.

“The Muslims see us as Jews and the Jews see us as fanatics. They’re wary of us. It’s difficult,” said Rajai Al-Tarif, the community’s spokesman, who works in a Palestinian telecommunications company.

Samaritan tradition says the community is descended from the biblical tribes of Ephraim and Menashe and that its people remained in the Northern Kingdom of Israel after the Assyrians exiled the Israelite tribes to Babylon in 722 B.C.

Jewish tradition says the Samaritans are descended from the Cutheans, ancient pagans the Assyrians brought to the land after the Israelite tribes were forced out, and merely adopted many Jewish practices.

In Christian tradition, in the parable of the good Samaritan (Luke 10:25-37), Jesus tells of a traveler who has been beaten and left to die. While others ignore his plight, a Samaritan comes to his aid. To this day, those who go out of their way to help others are called “good Samaritans.”

Although Jews and Samaritans both revere the Torah, albeit in different forms, they do so in very different ways.

Unlike Jews, who consider both Jewish Torah law and oral (rabbinical) law to be holy, Samaritans follow another version of the Torah and their own sacred texts.

“Some believe our laws deprive women of their rights in some ways, but we spoil her in other ways,” the priest said.

Although modern society may consider these prohibitions archaic, “the fact that she is not allowed to touch her husband or prepare her family’s food gives her the time to heal and recover,” HaCohen said.

In accordance with a literal interpretation of the biblical prohibition to refrain from work during the Sabbath, Samaritans do not use any form of electricity or fire from sundown Friday till sundown Saturday.

“We don’t use any electric devices, not even a refrigerator. We receive our light from God,” he said.

Despite the Samaritans’ strict adherence to ancient practices, they are also pragmatists.

During a period of violent persecution by the Byzantines some 1,500 years ago, the community’s priests decided that sukkahs should be built indoors for safety reasons. (Jews build their sukkahs outdoors.)

Much more recently, the priests came up with ways to save the Samaritans from extinction. By the early 1900s, there were fewer than 150.

In addition to embracing genetic testing, a few years ago the priests decided to allow the community’s men (at the time there was a male/female ratio of 3-to-1) to marry women of Ukrainian ancestry. Although some of the brides come from Israel, most emigrate from the Ukraine after spending a few days there with their prospective husbands.

Although Jewish and Muslim women have occasionally married Samaritan men, “bringing in women from outside means neither the Jewish nor Muslim communities are offended,” HaCohen said. After a trial period “any woman who is unhappy here is allowed to go home.”

Al-Tarif said the 23 Ukrainian women who have become Samaritans and given birth to 60 children “have brought new blood. They have rejuvenated us and our religion. They have given us hope.”