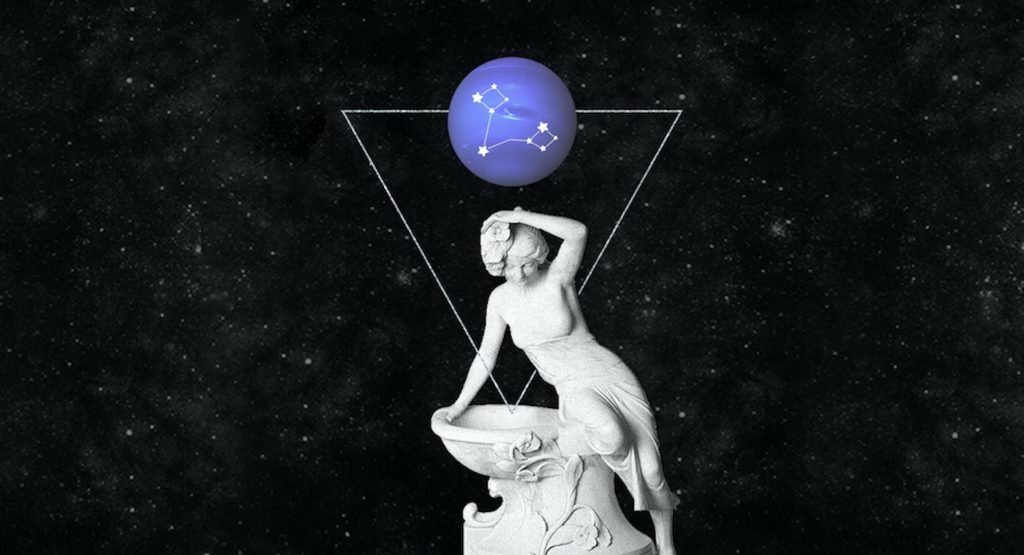 Pisces is one of the dreamiest, most psychically sensitive zodiac signs. The Two Fish have an affinity for helping and taking care of others. On a good day, the energy of this sign is loving, compassionate, and imaginative. However, on a bad day, Pisces energy can be deceptive, elusive, and manipulative. Anytime a planet goes retrograde under this sign, we can count on confusion, romance, creativity, shadiness, and tranquility to ebb and flow—seemingly without explanation.

What Does Neptune Retrograde in Pisces Mean?

This fantastical yet perplexing cosmic event is even more pronounced when the planet going retrograde is Neptune. As one of the ruling planets of Pisces, when Neptune is snuggled up in its home sign, its power and energy are amplified to extremes. With Neptune retrograde 2021 occurring under Pisces, you may find that your dreamworld becomes more active and vivid. You may also feel more psychically sensitive or creative, so make sure you’re finding ways to stay grounded and centered.

When Is Neptune Retrograde?

Only a few days into summer, Neptune stations retrograde on June 25, 2021, at 23°12’ of Pisces. This retrograde motion will last for almost the remainder of the year, but will turn direct again as 2021 begins to wrap up. On December 1, 2021, Neptune will station direct at 20°24’ of Pisces.

Read me: Jupiter’s 2021 Retrograde Will Have Us Dazed and Confused

What Aspects Will Neptune Retrograde Make in 2021?

Since Neptune is so far away from Earth, its energy is usually felt when it is in aspect to another planet, versus standing alone in the cosmos. During its retrograde journey, Neptune will connect with several planets that are much closer to home, which will funnel the energy toward us in a more direct manner. One such aspect to look out for will occur on August 24, when it forms an opposition to Mercury: Watch out for smooth talkers on this day, and don’t take anything at face value. We’ll see a similar aspect to Mars on September 2, try not to make any important or hasty moves on this day, as you may not fully see potential obstacles to your goals.

On September 13 and 14, Neptune forms an opposition to the sun, which could cloud our self-awareness, or even worse, our self-esteem. Try to be gentle with yourself during this time, and don’t feel bad if you need to cancel plans in favor of lounging in the bathtub all day. A T-square between Neptune, the Gemini moon, and Venus on October 24 could create some emotional confusion or issues within relationships. Don’t ignore romantic red flags on this day, there may be a temptation to believe what we want to when it comes to matters of the heart, but if your intuition is warning you that something else could be happening under the surface, you’ll want to listen! Luckily, a series of helpful aspects will occur throughout November, as Neptune finishes up its retrograde journey.

Learn all about planets in retrograde

Every sign will experience Neptune’s retrograde journey differently, but some will have a harder time than others. When looking at signs that will be the most challenged by this energy, Virgo could be at the top of this list, as it is opposite of Pisces on the zodiac wheel. Meanwhile, Leo and Libra will also get a rough cut, as planets under their sign will be met with a series of unbalanced aspects. Capricorn’s will also be met with a challenge, as the confusing energy clashes with their straightforward demeanor. The signs that will feel this retrograde with the most intensity are Gemini, Aries, Taurus, and Sagittarius. While everyone will have their ups and downs during Neptune’s retrograde journey, Cancer, Scorpio, Pisces, and Aquarius, could benefit the most from the cosmic climate. 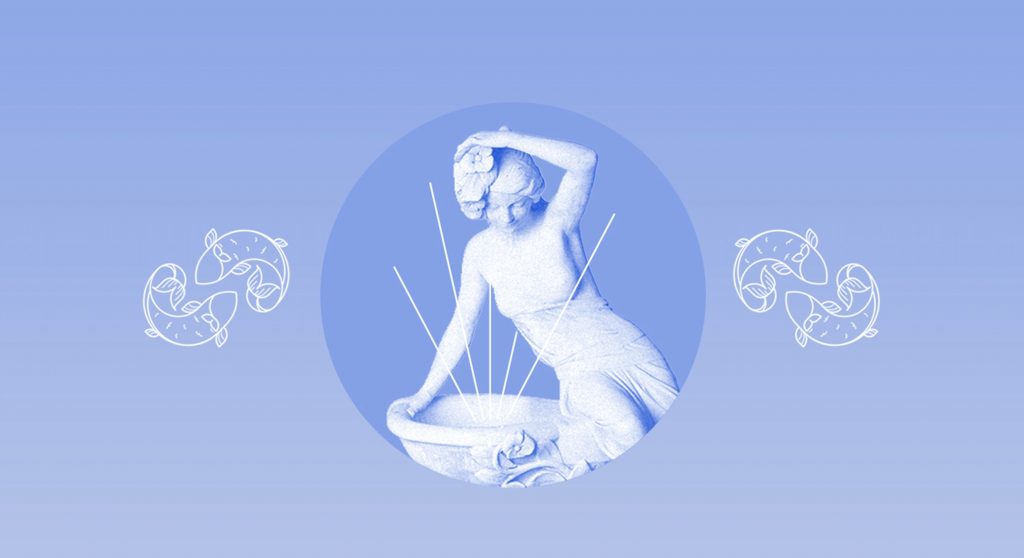 As the boldest and most daring member of the zodiac, you’re no stranger when it comes to taking risks for the things you want. Getting excited about an opportunity or new love interest is great, but that doesn’t mean you need to head toward it at full speed. Allow yourself to slow down a bit, so you can collect more information before taking serious actions toward a person or situation. If something or someone is unfamiliar to you, no matter how alluring, take a second to meditate with both your heart and mind before coming to a conclusion on how to proceed.

During the first part of Neptune’s journey backward, you’ll likely find that your social circle is active, yet changing. New people may try to come into your life, but you’ll want to be careful about letting your guard down too quickly. With Uranus going retrograde under your sign in August, there will be a lot of surprises coming your way. Make sure you pay attention to red flags within friendships and avoid getting involved with gossip. Don’t forget who your real friends are, and avoid opening up too quickly or trusting the wrong people.

As the social butterfly of the zodiac, connecting with others is second nature for you. However, with the hazy energy of this retrograde, you may feel drained more easily than usual when dealing with others. The urge to chat and flirt will be present as ever, but make sure you’re taking some quiet time for yourself, as well. Watch out for psychic vampires or people who might manipulate you for sympathy, and treat yourself to the occasional night off from socialization in all its forms.

Water signs are the most psychic group in the zodiac, which can make retrogrades especially difficult for you, little Crab. With all the Neptunian funk happening, you may feel a little aimless at times, and perhaps even a bit paranoid. Don’t worry about what other people are thinking about you during this time. Instead, try to remain present and grounded by focusing on the things you can control and your personal goals. Setting psychic and personal boundaries may be necessary for you, as well, and a bit of research on psychic defense could help you through this confusing period.

Your tastes are likely to change during this retrograde, little Lion. As you find that people or things that used to excite and inspire you are no longer doing the trick. Instead of existing within boredom, allow yourself to explore different interests and art forms. Your Lion heart may have a difficult time leaving behind the things that are now falling flat, so walking toward new and exciting ventures will be necessary to pull you out of this retrograde’s funk. Healing will come in unexpected ways, as you begin to explore new parts of yourself.

As the counterpart of Pisces in the zodiac, this retrograde will be particularly challenging for you. Every planet that travels through your house during Neptune’s backward motion, will be met with a harsh opposition. You’ll likely learn some lessons around trust, especially regarding the romance department. Make sure you’re staying focused on your personal goals, as relationships have the potential to throw you off track right now. Avoid anyone who doesn’t push you to be better, and remember to be kind and gentle with yourself.

You may have a difficult time staying dedicated to your normal routine, which has the potential to throw you off the balance you treasure so dearly, sweet Libra. On days when you’re feeling clouded, you may be tempted to snuggle up on the couch or spend the day in bed. Avoid abandoning your daily routines too often, as it could throw you in a funk that’s difficult to come back from. Be mindful of your work-life balance, as well. Your job may feel extra demanding at times, and it’s important to schedule for yourself to relax and recharge.

This retrograde could actually be quite inspiring for you, making it a creative and pleasurable time. However, there’s a risk you could float away if you don’t remember to ground yourself and put in the work to manifest your dreams. Water signs are particularly prone to Neptune’s dreamy, yet deceptive fog, so you’ll want to make sure you’re not disconnecting. Stay alert and present to avoid mistakes that could range from forgetting to take the pizza out of the oven to falling for the wrong person.

You may feel more challenged than some of the other signs during this retrograde, dear Archer. This is because every planet that goes through your sign during this retrograde, will form a harsh aspect to Neptune. You’re likely to have a fluctuation between good and bad experiences during Neptune’s retrograde journey, so brace yourself for the ride. Avoid overstepping boundaries with others, especially if it’s someone you live with. Your energy levels could feel up and down, as well, so make sure you’re getting plenty of rest and taking good care of yourself.

You’re known for being pretty straightforward, almost to the point of blunt, dear Sea-Goat. This is exactly why Neptune’s retrograde could become so frustrating to you. The confusion that Neptune brings during its backward motion this year could affect your ability to communicate clearly. Understanding others may feel like more of a challenge, as well. Additionally, even the best-laid plans can go off script right now, so try not to lose your cool if things begin to go awry and remember to breathe.

You’re the most delightful, quirky, and out-there sign of the zodiac. However, during this retrograde, you’ll want to make sure you’re staying present and grounded as often as possible. Try to impose a daily meditation practice to keep yourself centered. You may be tempted to make some investments during this time, but don’t sink any money into a situation you don’t fully understand, especially if someone with a lot of charisma is trying to sell you on it. Use your logic, not your emotions to make financial decisions right now.

With Neptune as one of your ruling planets, moving backward under your sign, you’re bound to feel this retrograde on a personal level. You may feel more introverted than usual, as you sort through your own emotions, dreams, and fantasies—so don’t feel bad for taking a time out when you need one. You’ll likely get a psychic boost, as well, which can make dealing with others or large crowds over-stimulating. Be very patient and gentle with yourself during this time, and avoid putting too much pressure on yourself.